ADMINISTRATION AND FINANCE OF THE EAST INDIA COMPANY

May 15,1915
Contents
Part I
The Court of ProprietorsThe Court of DirectorsThe Board of Commissioners for the Affairs of India
Part IIZemindary Settlement of Cornwallis
Village Land Revenue System
The Ryotwar System
The Salt Tax
CustomsThe Stamp Duties
The Mint Revenue

Dr B R Ambedkar and his life

Bhimrao Ramji Ambedkar (Marathi: डॊ.भीमराव रामजी आंबेडकर) (14 April 1891 — 6 December 1956), also known as Babasaheb, was an Indian jurist, political leader, Buddhist activist, philosopher, thinker, anthropologist, historian, orator, prolific writer, economist, scholar, editor, revolutionary and the revivalist of Buddhism in India. He was also the chief architect of the Indian Constitution. Born into a poor Mahar so called Untouchable family, Ambedkar spent his whole life fighting against social discrimination, the system of Chaturvarna — the Hindu categorization of human society into four varnas — and the Hindu caste system. He is also credited with having sparked the bloodless revolution with his most remarkable and innovative Buddhist movement. Ambedkar has been honoured with the Bharat Ratna, India's highest civilian awards.

Ambedkar and his mission

EVIDENCE BEFORE THE SOUTHBOROUGH COMMITTEE

THE SOUTHBOROUGH COMMITTEE ON FRANCHISE

EVIDENCE BEFORE THE SOUTHBOROUGH COMMITTEE 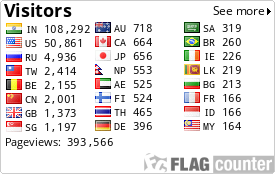